Become a Member Now
A A A 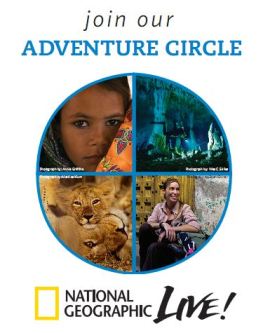 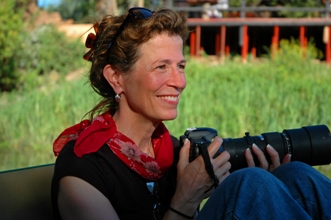 “I have learned that even without a shared language, it’s easy to let people know that their children are beautiful, their homes are lovely…and that their stories are worth sharing with the world” – Annie Griffiths

Experience the life of a photographer on assignment for National Geographic magazine, and meet a true pioneer who figured out her own way to balance work and family. One of National Geographic’s first female staff photographers, Annie Griffiths has worked on every continent except Antarctica, while also raising two children. Perhaps the only professional photographer ever to pack her camera gear in Pampers, she found a way to stay close to her kids without putting the brakes on her career—even if it meant bringing the two along with her on assignment in places as distant as the ruins of Petra in Jordan or the Galápagos Islands. 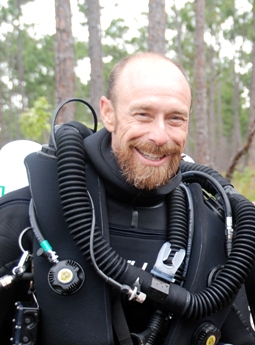 “Underwater caves may just look like dark, eerie holes,” says Broad, “but they can be critical reservoirs of clean fresh drinking water and are integral to the health of the surrounding habitats.” – Kenny Broad

In Kenny Broad’s line of work, exploring submerged caves and blue holes, one mistake can equal death. He and his team must take every precaution to avoid such dangers as stirring up sediments that can wipe out visibility, succumbing to nausea as they pass through a toxic layer of hydrogen sulfide, or getting lost in maze-like passageways with a limited supply of diving gasses.

The need to study blue holes is urgent, as they are among the least studied and most threatened habitats on Earth. Broad’s work combines the study of risk perception, exploration, and environmental anthropology. 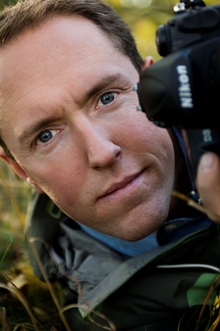 “Thoughtfulness begins with seeing. My job as a photographer is to make that seeing easier. What we appreciate and are fascinated by, we will also want to preserve.” – Mattias Klum

Take an awe-inspiring journey around the world, featuring unique perspectives on some of Earth’s natural wonders—the Okavango Delta, Iceland’s glaciers, and the rainforests of Southeast Asia. Your guide? One of the most important natural history photographers of our time—and one of National Geographic Live’s most highly acclaimed speakers. Through Klum’s camera lens, you’ll get an up-to-date report on the state of our planet. And, you’ll marvel at the beauty of the natural world captured in striking new photographs and high-definition video from his most recent expeditions to the world’s last wild places.

Often described in the media as “a female Indiana Jones,” Mireya Mayor is not your typical scientist. Both as an anthropologist working in the jungles of Madagascar, and as a wildlife correspondent for National Geographic, this city girl and former Miami Dolphins cheerleader has found herself sleeping in a rain forest hammock amid poisonous snakes, being charged by gorillas, scaling rocky cliffs, and diving with great white sharks. As a two-time Emmy Award-nominated field correspondent for the National Geographic Channel, Mireya Mayor has reported to audiences worldwide on pertinent wildlife and habitat issues.

ADVENTURE CIRCLE
The Kauffman Center for the Performing Arts will offer an Adventure’s Circle season subscription package that includes priority seating for all four National Geographic Live presentations, an invitation to a private reception with wildlife photographer and filmmaker Mattais Klum, a signed copy of his book and acknowledgement of your support. The package also includes a tax-deductible gift to the Kauffman Center to support National Geographic Live in Kansas City. To learn more, call the Kauffman Center box office at (816) 994-7222 or buy online.

Books will be for sale courtesy of Rainy Day Books. Speakers will be available for signatures.