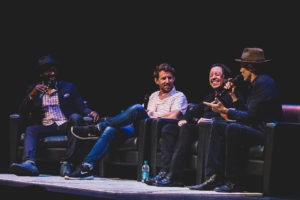 The Kauffman Center was delighted to welcome more than 1,200 guests for the Napoleon Dynamite live screening and Q&A event on June 28, 2019. More than 15 years after the film’s initial release, fans gathered at the Kauffman Center to celebrate its cult following and enjoy the many quote-able moments. After watching the film in Muriel Kauffman Theatre, guests enjoyed a Q&A with cast members Jon Heder (Napoleon Dynamite), Efren Ramirez (Pedro) and John Gries (Uncle Rico). The conversation was led and moderated by Shawn Edwards, an award-winning journalist and film critic for FOX 4 News in Kansas City, Missouri.

Fans were invited to enjoy many different fun film-inspired activities before the event, including a VIP meet and greet with the cast, free photos with an alpaca on the Arts District Garage Terrace, and a photo booth complete with “Vote for Pedro” signs. 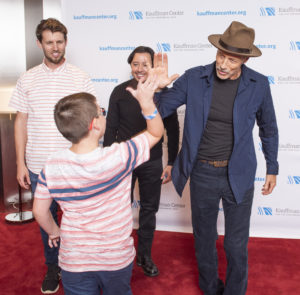 Napoleon Dynamite fans know one of the most memorable characters is the family pet, Tina the Llama. To add to the fun (and pay homage to Tina) Kauffman Center guests were invited to snap some pictures with an alpaca, Will, prior to the movie screening. Will was brought to the Kauffman Center courtesy of Manna Meadows Alpacas in Bonner Springs, Kansas, and fans were so excited to give him a pat on the head and grab a memorable photo in front of the building. 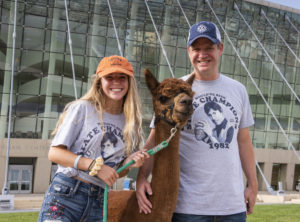 Guests of all ages also had fun taking pictures in front of a “Glamour Shots by Deb” inspired backdrop in Brandmeyer Great Hall. They posed with a collection of Napoleon Dynamite themed props, posters and favorite quotes from the film. 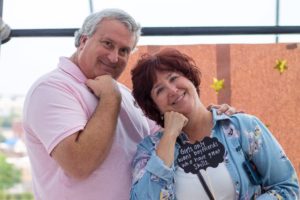 Napoleon Dynamite super fans could also enjoy refreshments with references to the film. One of the specials, “Shots & Tots” came with a tasty side of the film’s iconic side, tater-tots. 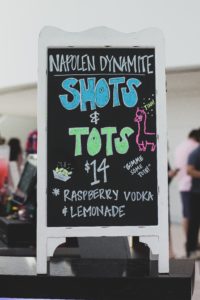 The fun didn’t stop once the show started. Enthusiasts shouted their favorite quotes during the opening credits, including “Eat the food, Tina!”, “Give me some of your tots” and “My lips hurt real bad.” After the screening, Edwards introduced the actors by beat-boxing while they danced onto the stage. Guests loved the opportunity to hear from the hilarious cast members of this famous film. Through the various film-inspired activities, live screening and Q&A, the event allowed for more than 1,200 fans to engage with Napoleon Dynamite like never before.