Now in its third season, the Kauffman Center celebrates two years of artistic successes, increased outreach, and innovative collaborations nationally and within the Kansas City community

This week, the Kauffman Center celebrates two years of bringing extraordinary and diverse performing arts experiences to the Kansas City community. In its first two years, the Kauffman Center, in collaboration with its resident companies and community partners, has presented more than 600 performances, hosted more than 500 community and social events, and welcomed more than 900,000 audience members through its doors. Its diverse programming has shined a spotlight on Kansas City’s own vibrant arts community and attracted national talent from all genres. 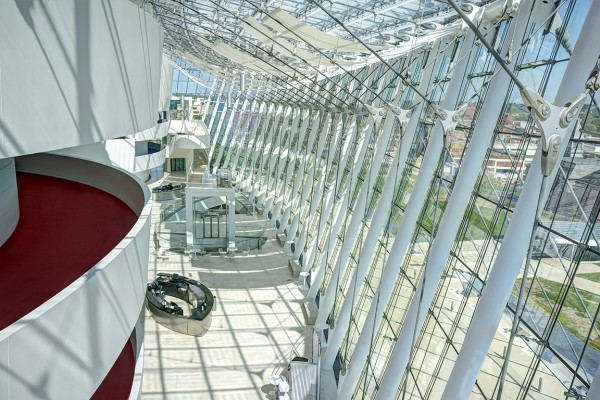 On September 16, 2011, Kansas City gained worldwide attention with the opening of the Kauffman Center for the Performing Arts, designed by award-winning architect Moshe Safdie. A record-breaking 55,000 people attended the free community open house to get a first glimpse at the performance spaces.

Since the opening, resident companies the Kansas City Ballet, Kansas City Symphony, and Lyric Opera of Kansas City, along with numerous other community arts organizations, have experienced record attendance in their new performance home. More than 55,000 students have attended a matinee performance at the Kauffman Center through the Open Doors Transportation Fund. And Open Doors Community Tickets has allowed more than 400 underprivileged Kansas City individuals and families to attend performances at no cost.

“We strongly believe that at the Kauffman Center there is something for everyone, and we will continue to work toward providing enriching arts opportunities for audiences of all ages and tastes,” says Jane Chu, President and CEO of the Kauffman Center. “People tell me they feel part of this place, and they should. There are many opportunities to become personally involved through volunteer work, donations, and support of our performances and activities.”

Kauffman Center’s commitment to serving everyone in the community is evident from the wide range of free or low-cost programming, including Kansas City Symphony Free Happy Hour Concerts. Audiences are also able to experience low-cost presentations and performances priced as low as $10, like the popular National Geographic Live series, part of Kauffman Center Presents.

“Complementing the programming offered by other arts organizations and supporting a diversity of artistic options, ticket prices, and audiences has always been an important goal,” added Chu. “Our ‘Kauffman Center Presents’ series was specifically designed to support this endeavor to bring artistic and cultural excellence to all.”

Starting in 2013, the Kauffman Center will offer another innovative arts and entertainment option with its own iconic New Year’s Eve celebration, EVE. EVE promises partygoers the opportunity to experience a night at the performing arts center like never before, including eclectic performances, great food and drinks, and a signature midnight ball drop. More information and tickets are available at www.evekc.com. 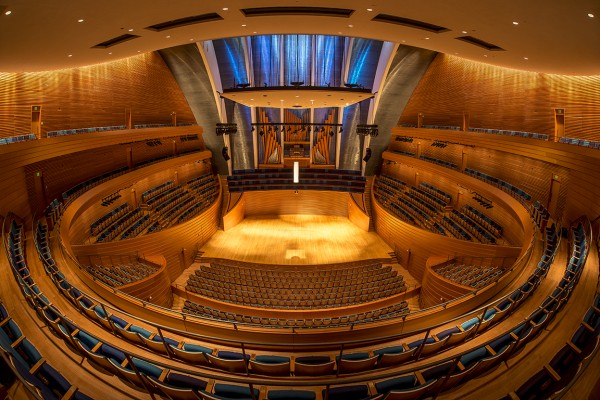 – More than 550 community or private social events were held at the Kauffman Center.

– 55,000 school children from 28 school districts had the opportunity to experience a student matinee at the Kauffman Center through the Open Doors program.

New programs will be announced throughout the year. To learn more and receive pre-sale offers, sign up for email updates!