The Kauffman Center for the Performing arts hosts diverse performances of local to global acclaim and provides a performance home for our resident companies — the Kansas City Ballet, the Lyric Opera, and the Kansas City Symphony. 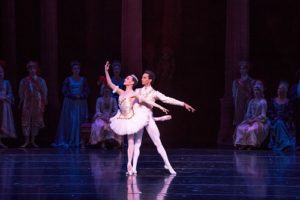 Dance lovers enjoy incredible ballets performed by Kansas City Ballet in the Kauffman Center’s Muriel McBrien Kauffman Theatre, designed with sightlines and acoustics to be one of the most perfect theaters in the world. The company performs four productions per year from October through May at the Kauffman Center including the ever-popular Nutcracker which is performed in December and annually draws thousands of families to experience the wonders of dance. 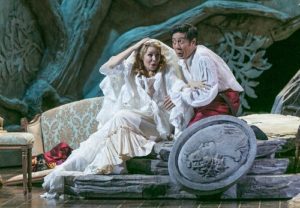 Opera lovers and opera newbies alike are awed by classic and contemporary operas performed in the Kauffman Center’s Muriel McBrien Kauffman Theatre, one of the most acoustically advanced opera venues in the world. Founded in 1958, the Lyric Opera of Kansas City is one of the nation’s premier regional opera companies, with almost 100 different productions (30 of which are American operas) to its credit. The season includes four performances of four works, scheduled in October, November, March and April. 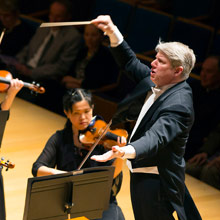 The Kansas City Symphony is the region’s only full-time professional symphony orchestra, setting the standard for artistic excellence. Led by Music Director Michael Stern since 2005, the Symphony has experienced steady growth and acclaim. The orchestra’s 80 full-time musicians are area residents and perform during a 42-week season. The Symphony season includes 13 programs on its Classical Series, a Pops Series, Family Series and a variety of subscription, educational, touring and outreach concerts.