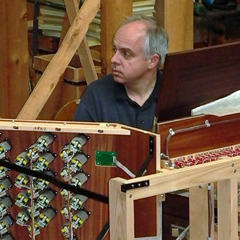 How many architects, designers, organ consultants, builders, installers and semi-trailers does it take to put an exceptional organ inside the Kauffman Center concert hall?

There’s no underlying joke here. Creating our concert hall organ is a gigantic project that will take two years of intense work. “At the end, it will arrive at the hall as a big puzzle ready to be carefully assembled and tonally finished to be in consonance with the acoustic space,” says Jacquelin Rochette, tonal director with organ builder Casavant Frères in Montreal.

Where does one begin to create a grand concert hall organ like ours? 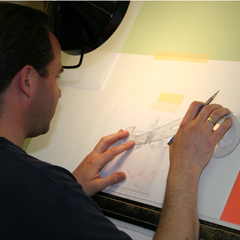 Rochette This multi-phase process will take two years and is intensely collaborative. The first steps involve Casavant working with the Kauffman Center to define the various specifications for the organ, going from the organ disposition and choice of action to selection of the various voices. And we take into account the various requirements such as blower room, air intake, temperature and humidity control plus mechanical and electrical requirements.

We are working with acoustical consultant Yasu Toyota, and organ consultant James David Christie, two experts who are great leaders in their fields and are recognized all around the world for their knowledge and experience. As a result of this part of the process, we create and sign off on what we call the “specification of the instrument.”

Once we’ve reached that point, we are able to develop drawings of the interior of the instrument and of all the components. This includes the chests, the wooden boxes containing all the mechanisms that will enable the organist to play the instrument. Also the mechanical action and its hundred of feet of wooden linkages, the pipes, the stop action and other controls at the disposition of the organist. These “ensemble drawings” have been completed for months, and we are currently completing all the detailed drawings and making final choices to insure the most responsive “key action” or “key touch.”

How does the Casavant team interact with architect Moshe Safdie? 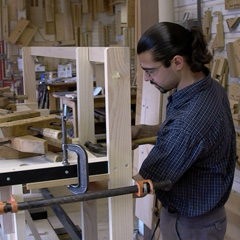 We have already established with Moshe the location of the organ departments (five divisions on four keyboards and pedalboard) and various pipes. It is an honor for us to work with an architect the caliber of Moshe Safdie. A member of our team and colleague, designer Didier Grassin, is working closely with Moshe to create the visual design of the organ in the hall. We want the parts of the organ that the audience sees to reflect Safdie’s vision for the hall and is compatible to the organ mechanisms, to its use and functions, and to its tonal concept. This process is very collaborative and is still unfolding, so I can’t share any details. We do know, however, that Safdie will be using some of the wooden pipes of the instrument to develop a visual texture that will contrast with the interior design.

Note: The Concert Hall organ will have 5,548 pipes and 79 stops. Just about 10% of the pipes will actually be visible to concert-goers.

When will Casavant Frères actually begin to build the organ?

We have already begun the construction of the organ components. Since the ensemble drawings are well advanced, the

worksheets for the pipework have been in the shop for a few months and the pipes are gradually taking shape. We will be very busy in the coming year while we pour the various alloys of tin and lead, prepare the metal sheets of various thickness, and then build the pipes. At the same time, we will be building the organ structure, three large expressive wooden enclosures with shutters to control the volume of specific organ departments, the chestwork which contains the organ mechanisms, and so on. We will also build the keyboards and pedalboard of the attached console, and all the wooden levers, squares, linkages, forming the organ mechanical action which will provide to organists a full control of all the tonal nuances of the instrument.

Note: See the Casavant workshop and learn more about the art of organ building.

How do you assure that the components will work together well?

Our team actually assembles the entire organ inside our workshop, making it fully playable, and runs tests for functioning, trying all voices and sound ensembles, and full power, checking the wind capacity and stability, making sure that all controls work properly and that the entire instrument is fully reliable. At this point in the process, Kauffman Center representatives and consultants will be invited to visit our shop to hear and play the instrument.

Once complete, how does the organ get from Montreal to Kansas City? 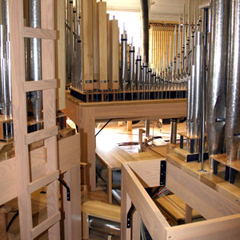 After testing is finished, we disassemble the entire organ and carefully identify and wrap each component for shipping. The organ will probably fill three semi-trailer trucks for its trip to Kansas City. Four members of our team will spend two months on site in Kansas City installing the organ. They will call on some additional local help to raise heavy components to their location. It’s a gigantic construction that will take up to eight weeks to complete and adjust to a very high precision, much like a clock. But even then we’re still not finished.

We will then tonally finish the instrument: establishing and refining internal tonal balances while making the organ “fit” with the hall’s acoustics and fullfilling the musical needs of the orchestra. I’ll be on site to supervise the tonal finishing of the instrument. Namely, this is to provide the generous sound and power that an orchestra will require, while the organ is used as a solo instrument with the orchestra, or being part of the orchestra, playing sometimes an accompanimental role, or simply crowning the orchestra in large ensembles. During that period, the organ should be will be played with the Symphony as part of the voicing process.

And then it’s ready for us to enjoy?

Read another story about the concert hall organ.